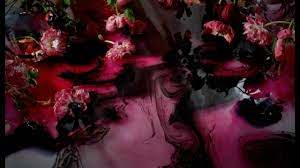 You are a person that has been made to reject your own power and your own sense of control over you life. It can often feel growing up that other people are trying to tell you what to do or manage your life in some way. I imagine in my mind the image of a young child star who is being yelled at by their stage mom to go and preform. I also imagine someone who had to learn very young that people don’t always play fair.

Relationships with other people are where you get to feel like you have something about you that is sort of like an invisible fighting spirit. You like to encounter people who challenge you in some psychological manner so that you allow your own muscles to flex and play.

Usually, you go through different extremes in your relationships. Sometimes you get dominated, controlled and even abused in some cases while in other cases you are the one who is in control.

Pluto in the 7th house is a great placement for investigative journalists, lawyers and anyone who works at uncovering the “dirt”  in other people’s lives. You know so very well that everyone has secrets and you can make them talk.

There is an alluring sweet and seductive aura about you that makes you a magnet for all sorts of strange people and situations. You are attractive when you forget who you are and appear vulnerable. And yet! Anyone who dares underestimate you or think you are weak is in for a surprise. You are actually very powerful and capable and have an iron will that grows with age and allows you to do well in many areas.

As with many Pluto placements, there is usually a betterment over time. Early years could be full of conflicts with other people and authority figures. It is not advisable for you to talk about your success in public because you naturally arouse jealousy without meaning.

Pluto has been in scorpio for some time now and so we can assume you are a Taurus rising, at least for some of you readers. You are naturally physically pleasant and grounded in your body. You accept yourself as you are…Skin, fat, scars and all  and wish other people were equally comfortable with their physical self. There is a natural beauty to you that doesn’t need anything artificial. You are sensual in your acceptance of sexuality as one would accept rain and snow. It is magical but natural to you.

In fact, you hate anything that is a lie or like plastic. You like things real, honest and natural and would not tolerate lying for anyone. You can be somewhat blunt and brutal for some types.

If you are still in the hurt stage of your life it could be you would have a hard time trusting anyone. Hopefully, you would grow to reclaim your responsibility to show other people what it is like to live honestly and survive anything. There is something unapologetic about you that seems to be almost feral in nature. It is not seen with open eyes..But if you close your eyes and turn the lights off…You shine like a bright beacon of courage.

Making commitments to another person like in a marriage can be a source of fear for you. You have learned people change and nothing stays the same and can’t imagine anyone being stable enough to accept your own changeable nature. You should probably give it a try and be surprised by the deep love you can have.

Don’t let anyone try and lower you into the gutter. Many people will try and make you cross a line and maybe even worse. Always stick by the laws and do what is right because you could fall from grace through other people, especially if you have an intimate relationship.

But you already know that, don’t you?

That is why you have a fear from getting to close and that is why you must know who is getting under your skin. Relationships change you and allow you to deal with al these feelings of being overpowered. Soon you will step into your own shadow and will see the Sun shine through at a part of you that you kept hidden even from yourself.

You can rule an empire so why are you letting another human rule you?

I want to mention that the 7th house is ruled by Libra and therefore this placement tends to be a bit sweet and light looking on the outside. It is not 8th house dark energy but more sugary. It is not a heavy energy but more of a dark spicy essence that is emitted into the undercurrents and is captivating in its allure.

The focus is about taking the trash out of society and shining light on certain aspects of human engagement, putting the dark dusty corners into the spotlight.

Love is a Battlefield is a Pluto in the 7th house song. I would like to think you would fight for love and the idea that love is something to be taken hold of.

famous examples: Rihanna. Remember Chris Brown? Now all we talk about is her company Fenty.

J. K. Rowling is another example. Writing about the dark side of things and bringing it into the light. She escaped an abusive relationship with her baby daughter and out of her depression wrote a book that changed the world forever.